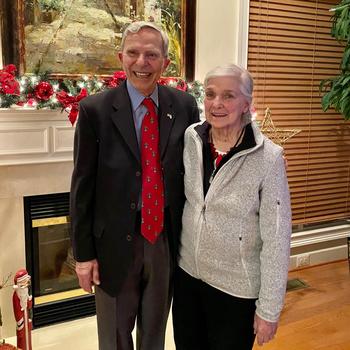 Longtime Friend of the Center for the Arts (FCFA), Bob Warakomsky, shares his personal history of being a Friend, recalling, “My wife Patricia and I discovered this gem of the Center for the Arts in the mid-‘90s by attending performances of the Virginia Opera. We began attending special events sponsored by the FCFA, which led us to become Friends ourselves. Being Friends has enhanced our enjoyment of the Great Performances at Mason by being able to listen to and talk to performers at the special events. We enjoy meeting fellow members who are performing arts enthusiasts in the Friends refreshment area in the Concert Hall lobby as well.”

Warakomsky, who is also a member of the Friends Communications Committee, recently collected memories of Friends who attest to the incredible experience of supporting the arts through FCFA. We invite you to get to know some of our Friends below: 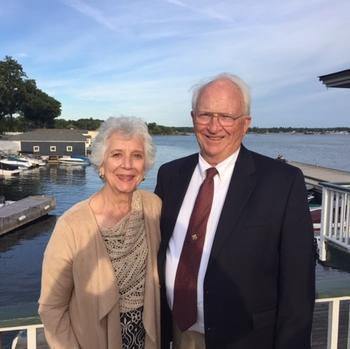 “FCFA is a great way to connect to the arts and to others who love the arts. The Center has a large variety of performances, some being programs that we know we would enjoy and some that were unfamiliar but likewise enjoyable. The events for Friends are fantastic ways to get an inside look at what motivates performers. The Artists-In-Conversation programs allow Friends to speak directly to the performers and the Grand Tier Society Talks feature intimate conversations with experts and/or performers. It has been a very important part of our social life and we’ve made lifelong friends who share our commitment to the arts.”
-Ida and Rob P. 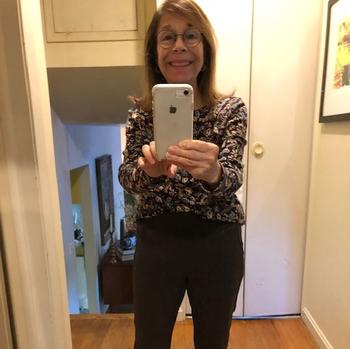 “Becoming a member of the FCFA Board in 2005 made a huge impact on my life. Attending a variety of Great Performances at Mason performances also opened my mind to areas I had not previously known, and allowed me to grow in those areas (and to grow in life as well). I made friendships of almost two decades with several members of the Board, and grew to care for and admire the amazing qualities of all the Board members. As I grew, I found myself caring for George Mason University as an exceptional institution of education as well. I’m so proud to be a continuing member of the FCFA, and part of all the other members who make the Friends organization so very special.”
-Joan W. 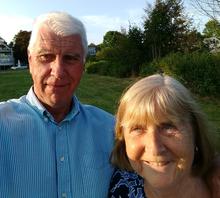 "When we discovered the Center for the Arts decades ago, we found a community that loved the arts as much as we did. When we subsequently joined the FCFA we felt that we now truly belonged to that community. We began to volunteer for the Friends and felt an intense pleasure in contributing to the community. Today, as Board members we get immense satisfaction in helping guide that community. Belonging, contributing, and guiding Friends memberships are a gift that gives so much back.”
-Mike and Linda K.

“My husband and I were in bands and orchestras all throughout college. He played for three more years in military bands in D.C., Maryland, and Massachusetts. Although we knew a few people with similar backgrounds where we worked, we had no friends with a deep appreciation or knowledge of music and its history. The first step to rectify this situation was to join the FCFA and begin going to the Great Performances at Mason. The College of Visual and Performing Arts’ staff members were the glue that kept us in the mix. They encouraged us to volunteer in the Friends area of the Concert Hall during Great Performances and to help on the Board. Our involvement has been very rewarding! We usually recognize a few people each time we go to a show!”
-Gail and Louis C. 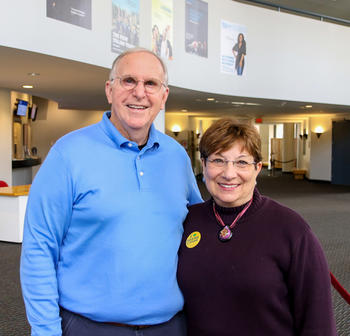 “Being a long-time member of the FCFA is a very big part of the reason that my husband and I ‘retired in place’ here in Northern Virginia. We have met so many lovely people who have become real friends and important parts of our lives. We share with them a love for the arts and a desire to add to the enrichment of the community around us. One of the highlights for me, among so very many wonderful Friends experiences, was attending an intimate Grand Tier Society event in 2010 at the home of one of our members. The special guest for the evening was Broadway star Nicholas Rodriguez. Nick had just starred in Arena Stage’s production of Oklahoma! and I was totally star struck. Shaking his hand and gushing about how much I loved his performance was a total ‘fangirl’ moment for me and such fun to remember.”
-Paulette and Mack M.

“I have been an FCFA member since 2007 and have appreciated the opportunity to support the Great Performances at Mason on a level beyond my subscriptions. Meeting so many Friends who have similar interests and participating in very welcoming and engaging activities and special events have added immeasurably to my enjoyment of the outstanding performances at the Center for the Arts.”
-Eloise S. 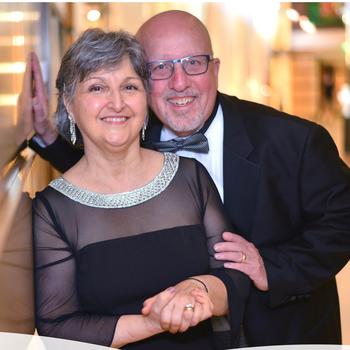 “My husband and I met at a community theater more than 40 years ago in Fairfax City! I value the arts in all forms to tap our human depths and prickle our emotional and creative being. As a Mason counselor and educator for 35 years, I am ecstatic that the Friends of the Center for the Arts contributes to learning on and off stage through such programs as Artists-In-Conversation and the pre-performance discussions. To me, the performance space represents a safe and evocative community to imagine our present and prepare us for our future. What could be better than that?”
-Janice and Jim W. 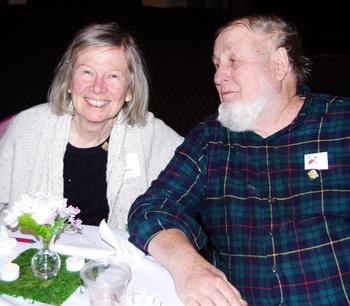 “When the Center for the Arts (CFA) opened in 1990, my husband Tom, a George Mason University professor, and I thought how great it would be to attend Great Performances right on the Fairfax campus. In addition to offering elegant and exciting entertainment, the new Center provided the opportunity for faculty and staff to not only gather socially with colleagues, but also with other arts enthusiasts from around the area. The FCFA established a gathering place in the CFA lobby so that patrons who became Friends could relax and enjoy light refreshments both before performances and during intermission. What a wonderful treasure the CFA and the FCFA are for the arts community in Northern Virginia. I’m so glad Tom and I joined the Friends!”
-Evelyn and Tom K.

The Center for the Arts would like to thank these wonderful Friends for sharing such meaningful memories. The Center thrives thanks to the support of our community, and the Friends are an integral part of this success.

We invite you to become a Friend today and join the hundreds of members who are enjoying the benefits and the satisfaction of supporting the arts at Mason!

Topics
CFA
Center for the Arts